Can you solve the clues and find your way around the history of Baxter Park?
Baxter Park was funded in the 1860s by jute manufacturer David Baxter and his sisters, Mary-Ann and Eleanor.

It is the only complete park in Scotland to be designed by Sir Joseph Paxton, who was the country’s most famous landscape designer. Baxter saw it as the People’s Park, and the title deed that gave it to Dundee states he had ‘resolved to present to the Inhabitants of Dundee a public park in the immediate vicinity of the town, with the view of affording to the working population the means of relaxation and enjoyment after their hard labour and honest industry.’

Clue 1: What ‘hung’ around for years, was sent away, then returned when the Park was re-opened?
(Tip: start at the Arbroath Road) 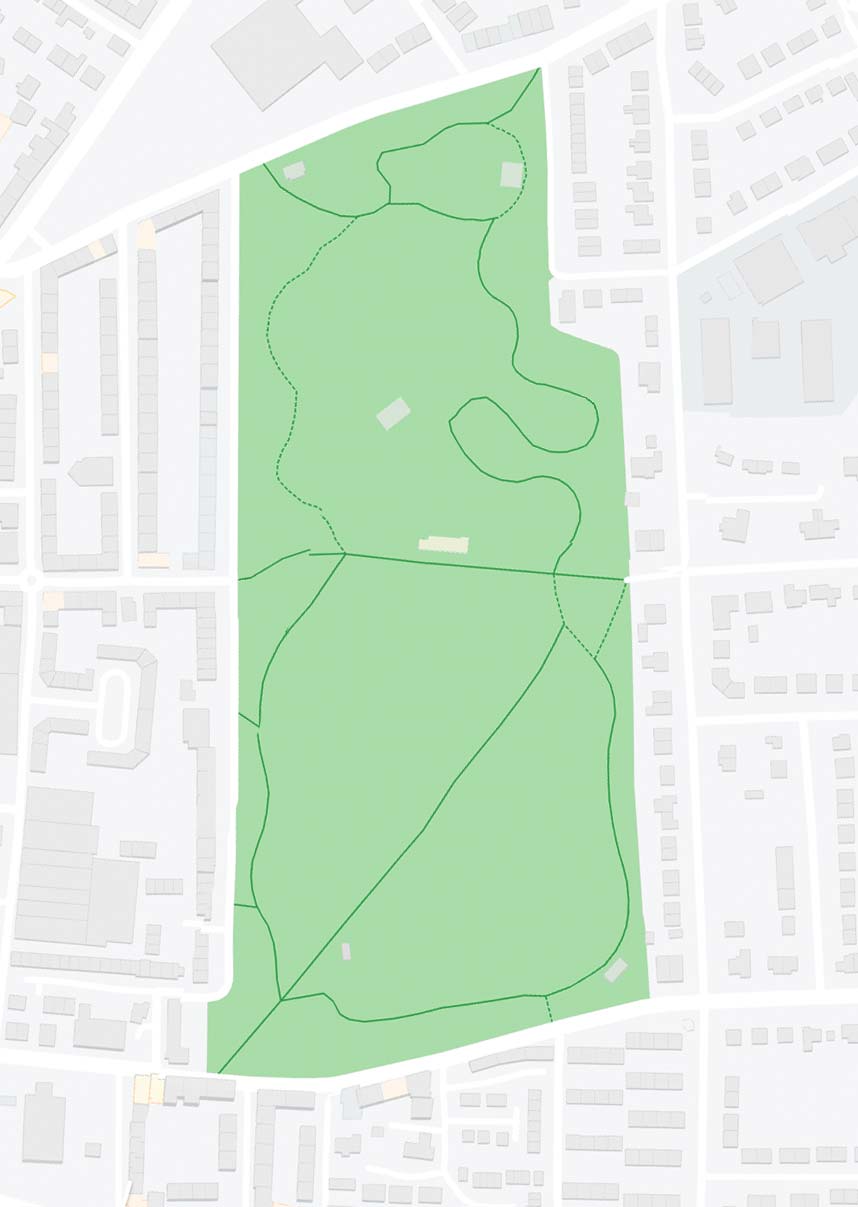 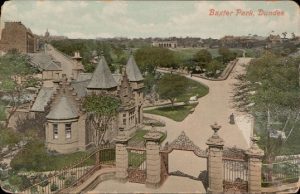 Although the Park was officially opened in 1863, the gates weren’t hung until 1865. But the gates you’re looking at aren’t the originals – they were removed as part of the scrap metal collection scheme during WW2 and used to help build the planes and ships needed for the war effort.

These ones are copies and were installed in the 1990s as part of the Park’s regeneration. There’s been lots of changes over the years since the Park opened: the lodge that stood next to the gates was demolished in 1958. It was an impressive building, built in a grand baronial style, home to the Park Superintendent, but also where the Park’s Trustees held their committee meetings.

Your clue for the next place: Rolling and bouncing, balls of all shapes and sizes 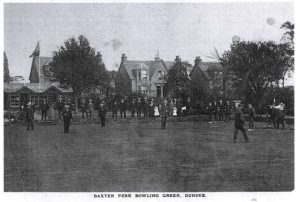 The first bowling green was built in the 1880s at the north of the Park, and is still running. But after a deputation of ‘working men’ asked for other greens, three were built from the 1890s, now replaced by the new basketball court. The tennis court appeared just after WW1. You can also get fitter by trying out the new outdoor gym machines.

Your clue for the next place: Lots of you can sit ‘around’ here 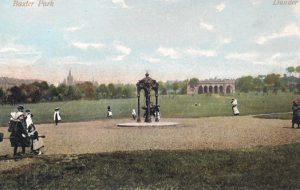 Apparently, Paxton had intended the circle to be laid out with flower beds, but David Baxter said no, and it was left empty, not even with seating. However, by 1922 it housed a fountain, one that had been relocated from the ‘Dell’ at the north of the Park. There had been at least three drinking fountains across the Park, all now disappeared as amenities and features have been added or changed over the years.

Your clue for the next place: Open space is just the place….. 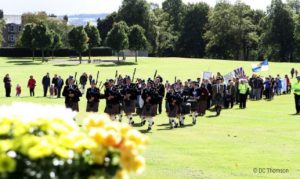 The Park was planned to have two parts, with the northern section behind the pavilion as a pleasure garden and this southern grassland to be used for recreation. Paxton planned to have flower beds dotted across the space, but David Baxter thought it better to leave it empty ‘in order that juveniles and others may have more room for exercise’. During WW2, the west side of the recreation green was given over to allotments, so people could supplement their food rationing by growing vegetables. After the war there was still pressure for allotments to produce as much food as possible. The potatoes, onions and carrots were sometimes used as prizes to raise funds for the Red Cross and but there were also instances of people stealing; in 1948 Lord Provost Powrie remarked someone had used a wheelbarrow to remove vegetables from Baxter Park allotments.

Your clue for the next place: Stroll along east and west, dividing north and south 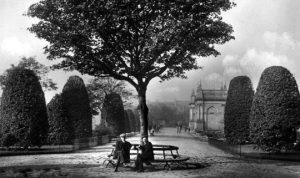 The Terrace was edged with formal holly trees soon after the Park opened, the bank planted with shrubs, and stairs built from the terrace down to the recreation area. Paxton had originally wanted eight statues spaced along the terrace with a fountain or small statue in the circles at each end. McFarlane’s painting of the Park’s opening show the statues in place, but they were never there: it’s possible that they were too expensive to include. Instead, the Park’s conical holly trees were planted along the terrace, while in the gravel circles at either end, sycamores were planted within a circular seat. It’s likely that the sycamore still standing at the west end of the terrace was one of the original trees, making it the oldest tree in the Park.

Your clue for the next place: Ciao – I’m the centrepiece of the Park 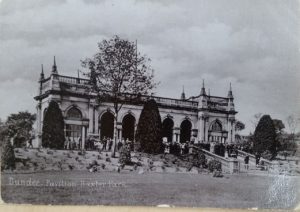 Now an A listed building, the Italianate Pavilion was designed by GH Stokes and is the Park’s centrepiece. Originally the central space was open to the outside, and housed a refreshment room, gardener’s room and a ‘ladies room’, with steps leading to a gallery on the roof, offering views across the Tay to Fife. There was also a rather grand 6ft high fountain attached to the north wall, made of Sicilian marble and carved into the shape of a shell, surrounded by various biblical emblems and the inscription: ‘He opened the rock, and the waters gushed out: they ran in the dry space like a river’.
As part of the millennial refurbishment project, the stonework was cleaned and restored, the steps in front were rebuilt, and the loggia openings were filled in with glass. Now the Pavilion hosts weddings and other functions.

Your clue for the next place: Stand very, very still, as still as a….? 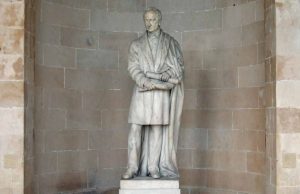 Inside the Pavilion is the statue of Sir David, sculpted in marble by Sir John Steell. In recognition of his business success and his role as town benefactor, David Baxter became Sir David Baxter the same year the Park opened. In thanks for the Park, over 18,000 Dundonians subscribed £1000 in just three weeks to make this statue.
The statue was displayed where it is now in the Pavilion, but in 1894 it had to be removed to what is now the McManus Galleries. Unfortunately, because the Pavilion wasn’t closed in like today, it had ‘been considerably injured by stone throwing’, a problem that had been happening for a while. The statue had already been cleaned once before and ‘the marks of stone-throwing effaced’ but this was very expensive and, as the Park Keeper noted, short of having a ‘watchman constantly stationed at or near the pavilion’, the vandalism couldn’t be stopped.

Your clue for the next place: Blow your own trumpet – and bang those drums!

A bandstand was opened in 1925, built where the music could ‘be heard in almost every part of the northern portion of the Park’. Playing in the summer evenings and each Sunday, bands like the Royal Naval Volunteer Reserves and the Dundee Trades’ Band attracted huge audiences. But at first there were problems: the bands thought it was unfair the way the Council had allocated dates when each band could play, and they resented that the Council charged for the seats in front of the bandstand then wanted to take a percentage of the band’s collection money. At the concerts the bands were allowed to pass a collection bag around, but if the weather was cold or wet or the audience was small, sometimes they didn’t collect enough to cover their expenses. The argument dragged on for months until the Council voted to drop the collection charge. Bands continued to entertain audiences throughout the 1930s and ww2, only tailing off in the 1950s.
The Activity centre, built as part of the Park’s millennium regeneration, has replaced the bandstand.

Your clue for the next place: In days gone by, the perfect place to play with pals

Baxter Park has had children’s playgrounds – or gymnasia as they were originally called -since the beginning of the 20th century. The first one, on the west of the recreation area, was laid with wooden flooring. It was extended in the 1930s and by the 1950s moved close to where the new playground sits today.

Your clue for the next place: A rocky road, now buried 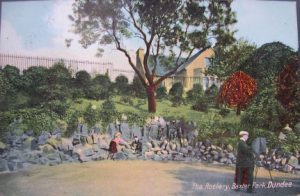 The ‘Knoll’ or ‘Dell’, was a key element of Paxton’s design for the Park. As part of the old quarry that sat next to the Park, the Dell was planned as a rockery garden, planted with alpines and ferns. It proved so picturesque that on Saturday afternoons the paths were being blocked by photographers, and children, desperate to watch them, were damaging the area as they climbed over the boulders and rocks. In the 1950s the Dell was infilled, although a smaller rock garden was created on its edge. Twenty years later, a water garden was created between the Dell and the Pavilion, although that too, was infilled. You may notice the old Elm sitting amongst some boulders, which is all that’s left of the Dell.

Your clue for the next place: The high point of my trip, so I’m flying the flag

A flagpole was erected in 1868 right at the top of the Park. At 110 ft above the Arbroath Road, this platform was the last portion of the Park to be laid out in 1863. The view was described then as ‘To the east, the outer arm of the bay at Broughty (Ferry) stretches across the river and the old Castle…boldy asserts its position as the sentinel of the Tay. In the early Sabbath [Sunday] morning [when the mills were closed], the view to the south and west is also charming, but at other times is slightly hid by the curtain of smoke which hangs above the town’. 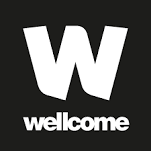